Over the weekend I had the opportunity to participate in a relay for the first time at one of my bucket list races. The race was Rev3 Cedar point and it was great. 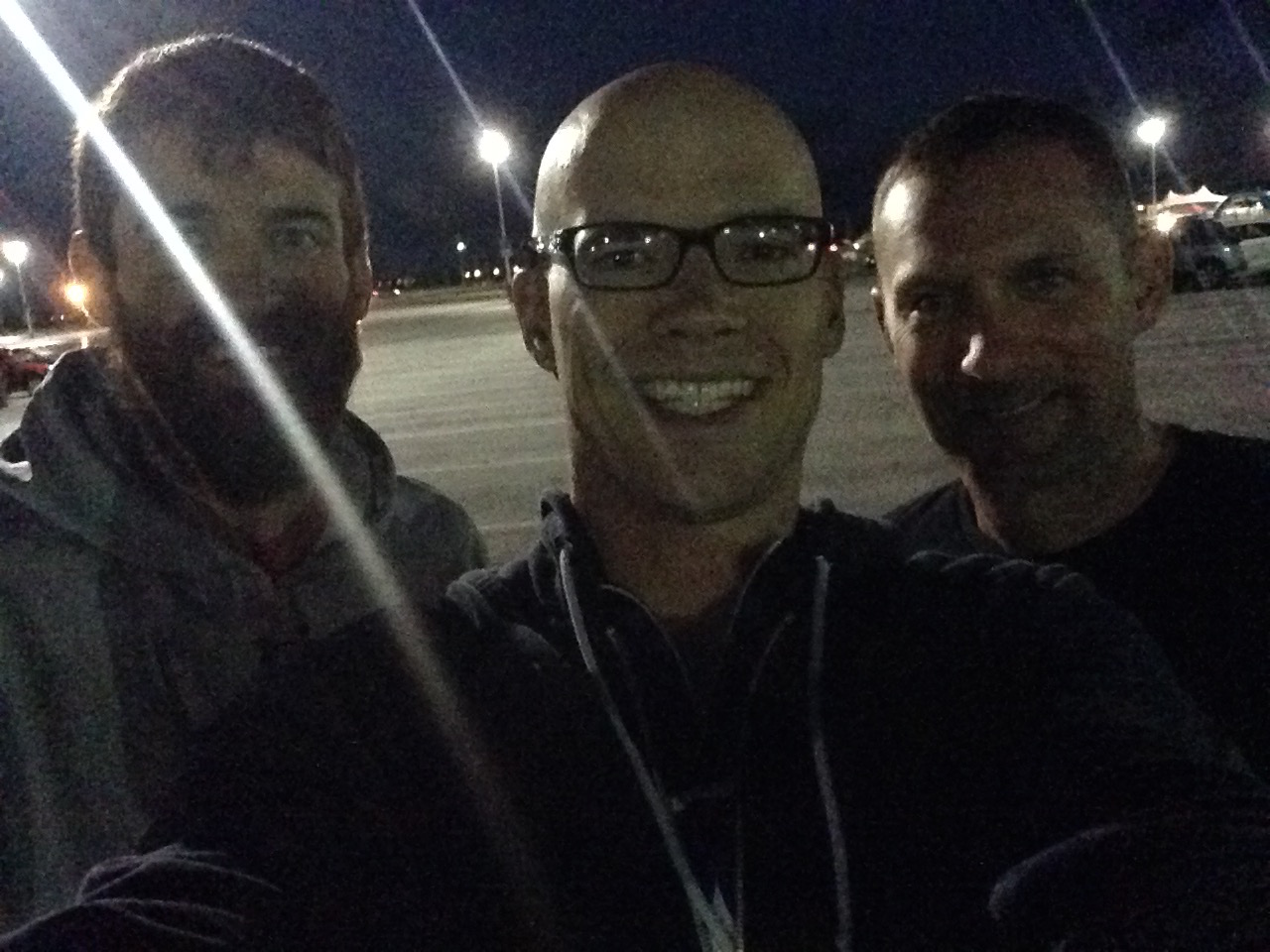 After a revolving door of personnel, we were able to score our swimmer a week before the race. Jason jumped at the opportunity and this was his first relay as well. I had no doubt his fitness level would carry us through the first leg of the event. Due to rough water, the swim was moved from the bay to the marina and subsequently called for wave starts. The swimmers jumped in pairs of two with a two second gap between each. Jason jumped in and swim well producing a great time.  Not only was his time solid, but this run to transition was a quarter of a mile or so and he gained a lot of ground on the competition across that span. At transition he had to physically put the chip on me before I was allowed to exit. 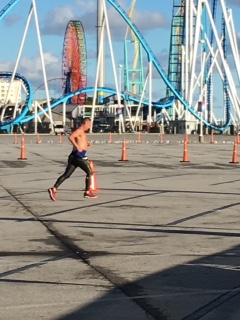 My plan for this ride was similar to my pacing strategy for IM 70.3 Ohio. I was going to ride at 130 bpm for the first half of the ride and then the second half increase it every 15 or 20 miles. This course is an out and back lollipop and I really enjoyed it. There was one section of hills and turns which was great because it was preparing me for SavageMan. The roads were smooth and well-maintained, the police support was phenomenal and the aid stations were manned by enthusiastic volunteers. Overall I would give this bike course an A+ rating. By the end of my leg, the pacing strategy worked and I averaged just over 20 mph across the 112 miles. 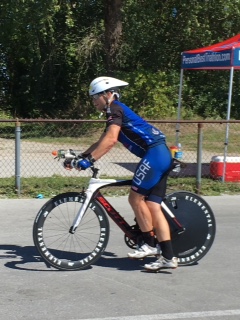 (Me rolling into T2)

For our last leg Matt was going to be our runner. This was his first marathon and we were all nervously excited for him. Coming into the race he had 2 1/2 marathons and a bunch of 5 and 10K under his belt. This run was also an out and back lollipop but it was a double out and back lollipop for the full runners which meant the lollipop was actually four loops in town. His split at the 13 mile mark was right around two hours and 20 minutes which was right on with his pacing plan. Per usual during a marathon, the second-half slowed down but he was still rockin a great pace… Especially for his first marathon and not being able to start the run until just after 2 PM. 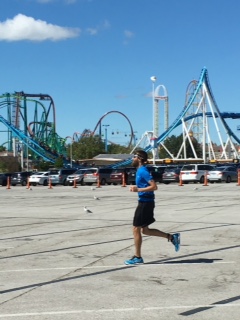 Rev3 offered a great tracking device for all full participants and it made the race extra fun. There were six relay teams and we thought we were in second place the whole time. That being said, two of the teams were untracked and just happen to be in front of us! Oh well, we were here for the fun anyway. All-in-all, it was a great experience and I'm looking forward to wrapping up the 2016 season at SavageMan next week!