After a night and morning full of rain, conditions cleared up minutes before the race. Being late entries into the event, my sister was forced to swim in one of the last the heats. Fortunately for us, she was put in the lane with another relay swimmer from the all-male team, who happened to be a college swimmer from Ohio Weslyan University. Her competitive nature drove her to match pace with him for much of the race and their are times were only a minute apart. She was expecting to swim an 8:20/100yd pace, but averaged 7:21! They went one and two overall for the swim. After the exit from the water and running around the building we exchanged at the team transition zone and off I went. 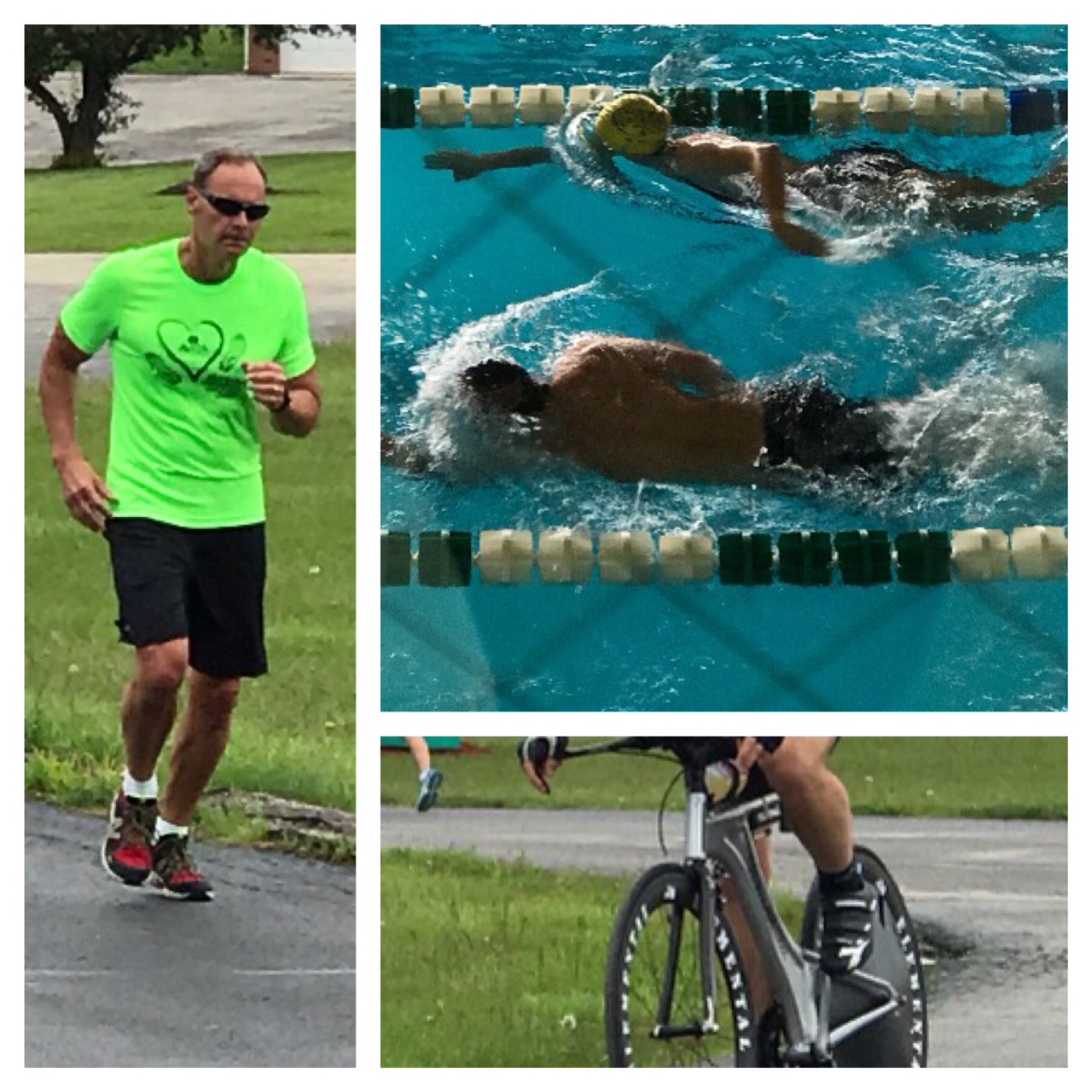 Heading into this race I've not spent much time in the saddle with all of my preparation focus being on the run for my PT test. I really wasn't sure what to expect from this 10 mile bike ride and just wanted to get out there have a fun time and not let the team down. Due to the wet roads I really was not planning on riding with reckless abandon, but wanted to see what QuickSilver(my bike) was capable of. I averaged around 300 watts of power for the ride and finished the day with the fastest bike split. Once back to the team transition zone, Dad and I exchanged and he took off. 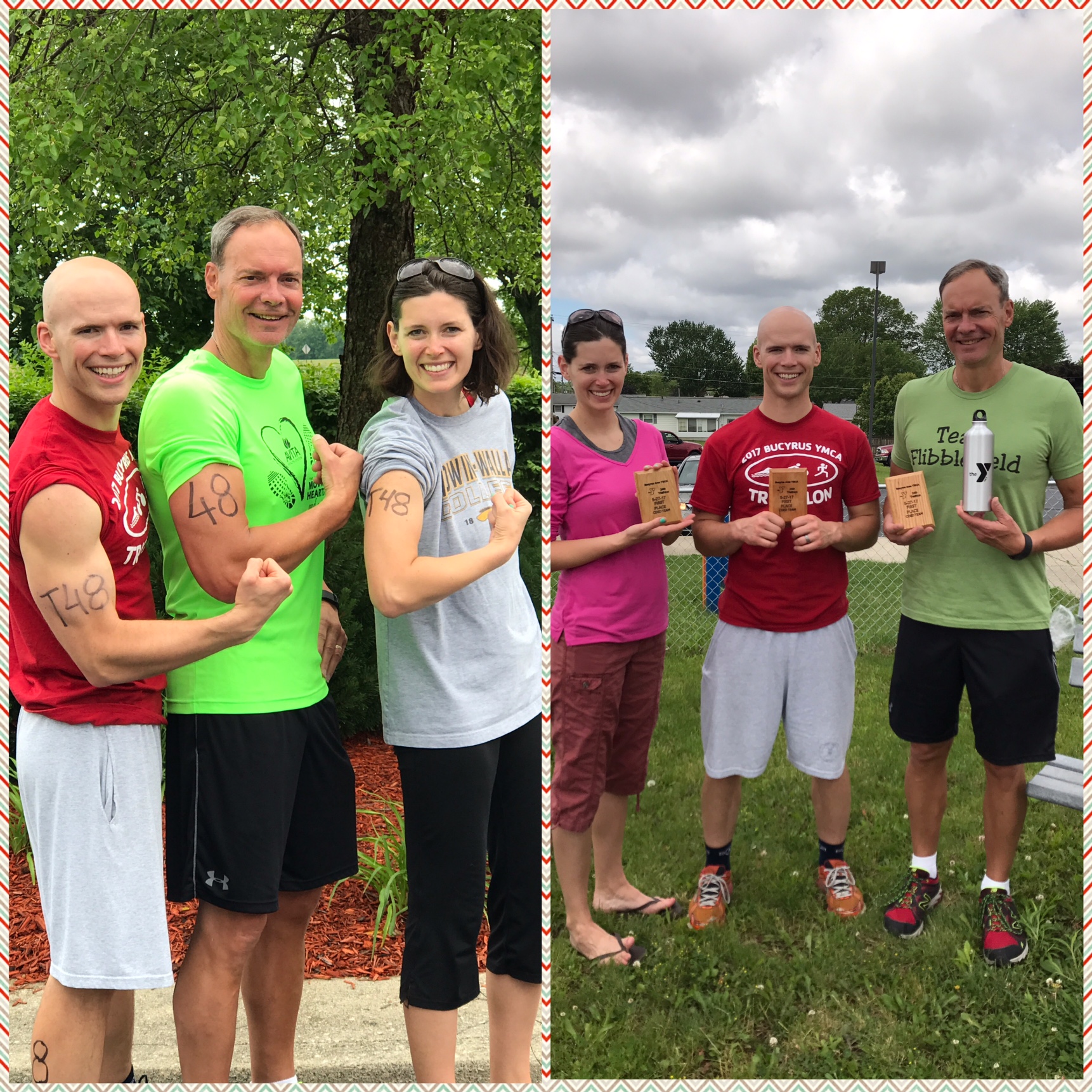 Prior to the race we weren't really sure what Dad's speed would look like. He said he was expecting 12 minute miles, but I knew he'd be faster than that based off of our New Year's Day fun run. This guy does cardio-work 45 to 160 minutes a day and was well prepared. He ended up popping off at 9:46 pace which surprised us all and he finished very strong…strong enough to run another race if he wanted. Not bad for his first 5K!

The combination of our time put us in 1st overall for the coed division with nearly 4 minutes over the next team. More importantly though, we all had fun and nobody got hurt in the wet conditions. Next up we will compete in the Galion Y Tri as a team and see what happens there. A big thank to Mom and Linds for their support there, both cheering and watching the kids.

Reply JamosBer
1:49 AM on May 31, 2021
Many thanks! Wonderful information.
https://topessaywritingbase.com/

Reply JamosBer
12:36 AM on June 9, 2021
You made your point pretty well!!
https://essayssolution.com/
write the essay
https://discountedessays.com/
college essays prompts
https://englishessayhelp.com/
how to write an admissions essay
https://quality-essays.com/
hire someone to write my essay
https://irvingsymphonyleague.webs.com/apps/guestbook/