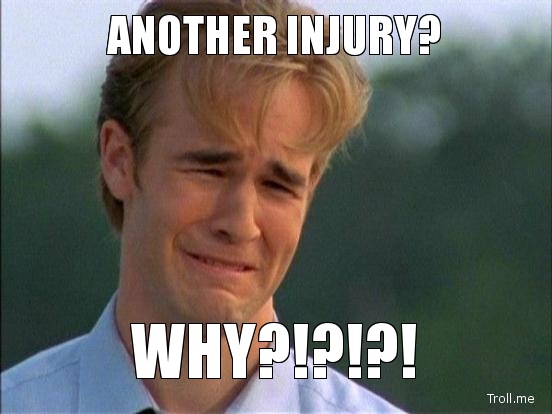 As I sit here trying to put my thoughts on this past season to paper, I’m hit with how bad it really was. The goals for the season were as follows:

-PR at the New Moon Half Marathon

-Nail my pacing and nutrition strategies at the inaugural IM70.3 Ohio race

-Get my Westernport Wall Brick at SAVAGEMAN

Of those four goals, only one was accomplished and that was the strategy work at IM70.3 Ohio. The back injury prevented me from participating the Y series and the New Moon half. Later in the season, the combination of getting rear-ended (& the subsequent back spasms) two weeks before and a death in the family prevented us from traveling to Maryland for SavageMan. Back in January I really thought this was going to be a nearly perfect season. Obviously that wasn’t to be the case. Looking back on things, where did it all go awry and was there anything that could have been done before or while the “wheels were coming off” to salvage the season?

As I’ve written about before, I got started three months late with my tri specific training. I always get back to it in January, but this year I held off until March. The reason being, I wanted to spend more time with my wife and baby. Training for Beach2Battlship took a lot of time in 2015 and I was trying to make up for the missed time. Another factor involving the baby most likely contributed to the reoccurrence and severity. Prior to Henry’s birth I participated in four to five yoga/Pilates classes per week. After his birth…ZERO. That massive drop-off in participation led to a decrease in both functional flexibility and core strength.

The late start pushed me to train too hard, too quickly, which pushed me right into overtraining. The lack of strength and accumulated fatigued opened the door for the back to re-flair, which caused more missed time. In the end, I think July10-Sept 1 was the only timeframe where my training was on track. Meeting with Lauren Vallee and Jimmy Fryer (check my previous posts) helped, but by then it was just damage control. After Rev3CP we found out about the dying family member and decided it was time to pull the plug on this season. Prior to that news I was still determined to fight through the back spasms and become a SAVAGEMAN.

It was a tough year-physically, emotionally and psychologically. I’ve been very fortunate to have a strong family support network and we got through it together. A huge thanks goes out to Kate, Henry, my Sisters, Parents, and Grandparents for getting through this season with me. Stay tuned for the next post as things are looking up for both this off-season and next season.